Mitochondrial Dysfunction the Perennial Cause of Many Health Issues

The Mitochondria are the little engines that ‘could’ in most cells of our body. We inherit mitochondria from the female line. It drives most of the energy functions of the body. It is believed to have been a captured bacterial caught to create eukaryotic organisms in the early days of evolution. Most human cells contain many mitochondria, nicknamed the ‘powerhouse of the cell’. Yes, you ‘own’ over 1000 trillion of them. There has been quite a bit of scientific interest in their function over the last decade. Mitochondrial dysfunction (MD) might be a major contributing factor in a long list of health issues including Low Energy, Alzheimer’s, Parkinson’s, Diabetes, Long Term Covid, Cancer, Chronic Fatigue, Fibromyalgia, Cardiovascular issues, Brain fog, Digestive Issues, to mention a few conditions. In this discussion, we will review this material and suggest several dietary and natural medicines that can help reverse these problems. Spoiler alert: one of the cures is ‘Star Dust’. We will also look at some of the pharmaceuticals that contribute to this problem. Current thought is that this will become one of the leading issues that Health Care Practitioners will deal with in the next decade. Most likely over 60% of the issues a Herbalist sees is rooted in MD. Get prepared for the next wave. 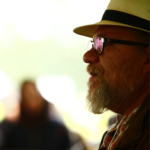